To better understand and illuminate the experience of voting disenfranchisement.

To stimulate a public dialogue about political marginalisation and its social and democratic implications.

To explore ways to promote and energise inclusive civic participation.

The purpose of this webforum is to enable wide and sustained engagement from the public. Throughout 2022 a series of activities will take place. This includes collaborative workshops with prisoners to creatively investigate and express their feelings about civil death, citizenship, and the civic innovations they have developed whilst incarcerated. These artistic pieces will be exhibited here and eventually curated to form a public exhibition. Creative expressions around these themes and issues will also be accepted from members of the public.

England is the only country in western Europe to maintain such an indiscriminate and punitive voting ban. In recent years Scotland and Wales have carried out public consultations to gauge the collective sentiment on this matter. In response, both countries have enacted partial re-enfranchisement to some prisoners, indicating a shared understanding that inclusive practices will likely lead to better outcomes for everyone. This kind of public dialogue has not yet come to England, and it remains unclear if the political will accurately represents the people’s will.

January 2022
The website goes live. Creative and narrative expressions start to be collected and exhibited. All members of the public, including prisoners, are welcome to submit contributions.

July 2022
Three workshops with prisoners and prison staff will be carried out. The first will be a moderated debate on whether prisoners should have the right to vote. The debate will be broadcast internally to the wider prison population. The intention is to stimulate a 'public' conversation within the prison that will inform and contribute to the subsequent workshops. Sound bites from the debate (in text and recordings) will be posted in the Gallery.
The workshops are aimed at enabling the men to communicate their experiences of civil death and civic dignity through artistic and alternative mixed media means. My hope is that this will generate critical consciousness, dialogue, and knowledge that will transcend the prison walls into a community space to further spark public awareness and deliberation.

December 2022
A curated art exhibition - featuring submissions from both prisoners and members of the public - will be displayed at the Institute of Criminology, Cambridge. This will be open to the public over several weeks. 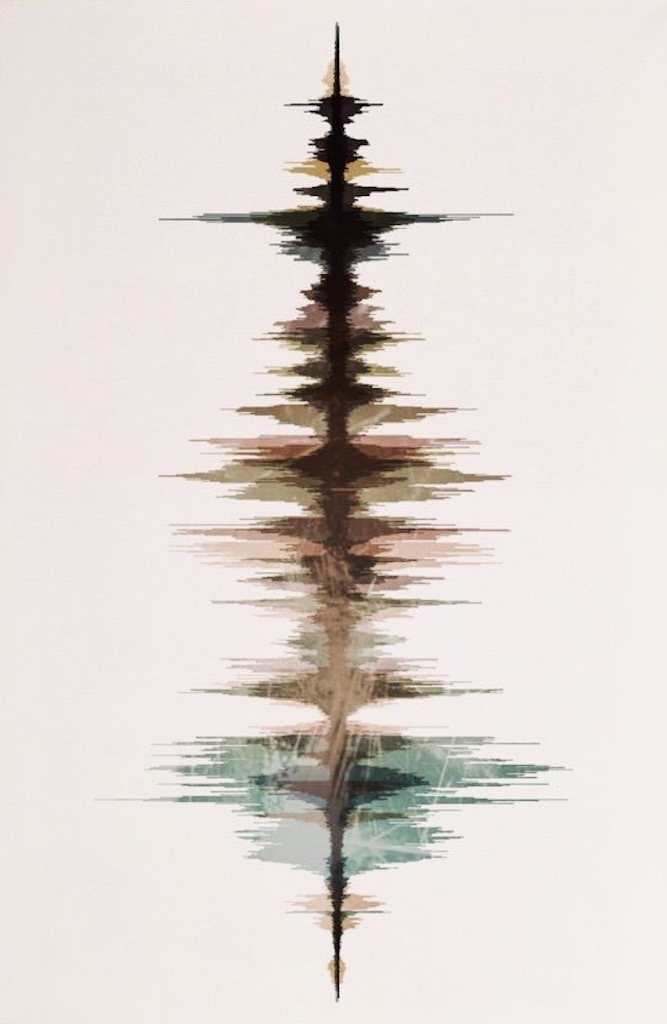 The project is inspired by my doctoral research, which explores the work of a prison-based democratic council model implemented in several English prisons. The council strives to give a voice to prisoners and to facilitate collaborative problem-solving with staff. The key research question was how council participation, and the democratic ethos and process that this entails (including voting), impacts individuals and institutions. The findings suggest that fostering democratic principles in the prison setting has the potential to ‘civilise’ institutional practices, and more closely align them with virtues that endorse community, empathy, and dialogical work towards collective objectives. They illustrate how the de-civilising process of incarceration can, in some ways, be ameliorated through participatory engagement and the exercise of civic agency.

Efforts to democratise democracy are focused on increasing civic and political engagement and equality. The aim is to widen and deepen participation amongst all community members, at the local and national levels. An active citizenry creates healthier, responsive, and more accountable institutions.

Arguments for and against prisoner voting rights

This is a retributive or punitive perspective. The rationale is that breaking the law violates the social contract. Therefore, in addition to the loss of liberty, offenders should also be excluded from other rights or privileges.

Opponents argue that people are sent to prison as punishment, not for punishment. In this respect, losing the right to vote is seen as 'extra' punishment and excessively punitive. Furthermore, there is no evidence that disenfranchisement has a deterrent effect.

This argument focuses on the protection and regulation of the electoral process. The goal is to preserve the 'purity' of the ballot box. In this view, questionable, undesirable, or sub-citizens (in this case prisoners) are deemed 'less than' and seen to taint the electorate.

This argument dates back to historical practices of disenfranchisement of other populations, including non-landowners (or the non-elite), those unable to read or write, the working classes, women, and people of colour. Contemporary forms of voter suppression continue to employ this justification to restrict voter eligibility.

VOTING IS A PRIVILEGE

This position extends the previous two arguments. The claim is that voting is a privilege (not a right) only to be exercised by those who adhere to the social contract. By allowing prisoners to vote, the votes of law-abiding citizens are diluted and democracy as a whole is undermined.

The alternative view is that voting is a right (not a privilege) of citizenship and should therefore not be revoked following a conviction. Some scholars contend that allowing prisoners to vote strengthens not weakens democracy. This is because universal suffrage ensures that all citizens have an equal opportunity to participate and be represented in political processes.

why is this project important?

A growing body of research indicates there is value in civic participation and engagement:

Enfranchising prisoners, therefore, is not only symbolically important. There appear to be serious and valuable implications linked to positive outcomes for individuals and communities. As Allport (1945: 131) asserts, “participation confers dignity”, which means that “in a society where participation is a value, the inability to participate represents a severe deprivation” (Verba 1967: 53).

why is this project important?

A growing body of research indicates there is value in civic participation and engagement:

Helping prisoners identify positive roles within their communities through which they can achieve status without offending is critical in the process of moving away from crime (Maruna 2001; Maruna et al. 2004).

Individuals are less likely to commit crime or reoffend if they are civically engaged (Uggen et al 2004).

Studies show that in addition to work and family, another area of “identity transformation for returning prisoners is that of responsible citizen, including varieties of civic participation such as voting, volunteer work, ‘giving back’, and neighborhood involvement” (Visher and Travis 2003: 97; Schmidt 2020).

Enfranchising prisoners, therefore, is not only symbolically important. There appear to be serious and valuable implications linked to positive outcomes for individuals and communities. As Allport (1945: 131) asserts, “participation confers dignity”, which means that “in a society where participation is a value, the inability to participate represents a severe deprivation” (Verba 1967: 53). 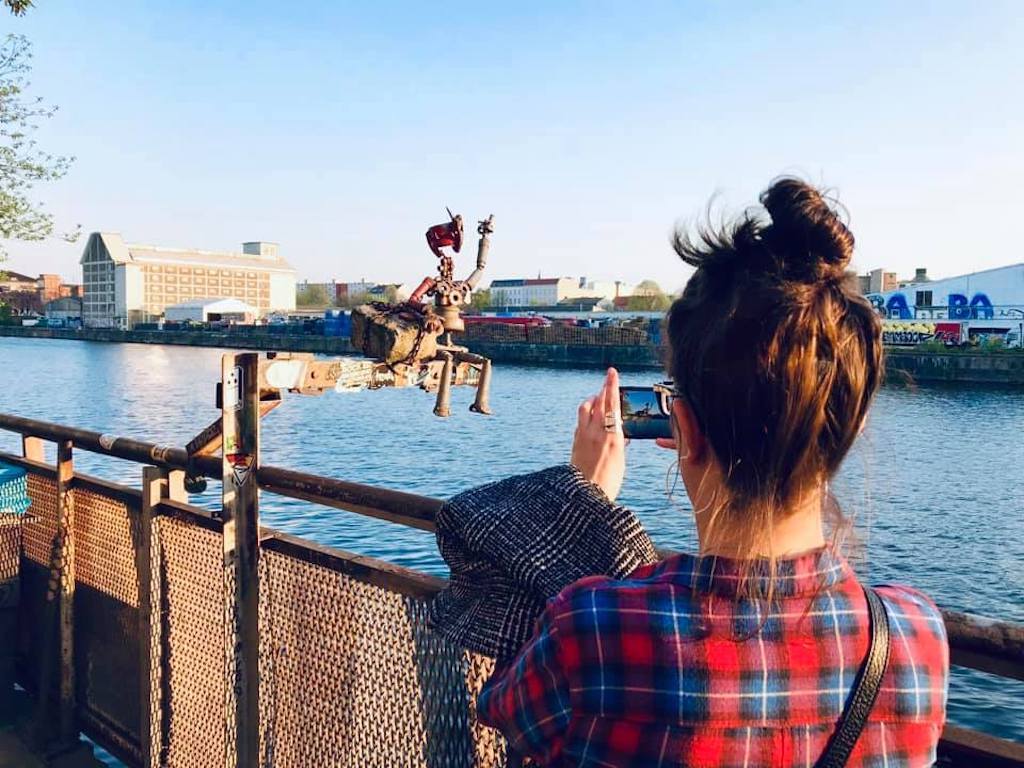 My name is Bethany Schmidt. I am a Lecturer in Penology at the Institute of Criminology, University of Cambridge. I study the moral, social, and political cultures of prisons in the UK and internationally. This includes the exploration of how democracy and citizenship intersect with punishment and imprisonment. I am an art enthusiast, although my artistic skills are limited. I enjoy taking photos and making lumpy, misshaped pottery.